My husband and I decided to take a trip to the Sequoia National Park in California for Thanksgiving last year in 2015. My husband has always wanted to see the giant Sequoia trees that have lived for thousands of years. I was a bit worried about the trip because I was still in my first trimester and had the worst morning sickness. However, the trip turned out to be the best relief for my morning sickness. I don’t know if it was combination of the high altitude and the cold weather, but I had no urges of vomiting. It was the best feeling ever, plus I was able to enjoy my vacation with my husband. We left Los Angeles, California pretty late so we arrived close to midnight to Grant Grove Cabins inside the Sequoia National Park. It was a bit scary on the way to cabins because it was very dark on the narrow roads where the elevation was around 1,400–2,150 meters (4,600–7,050 feet). Also, it started snowing heavily, which we were not prepared for. Here are some photos we took inside the cabin when we finally arrived safety. It was so warm and cozy inside so we slept well. 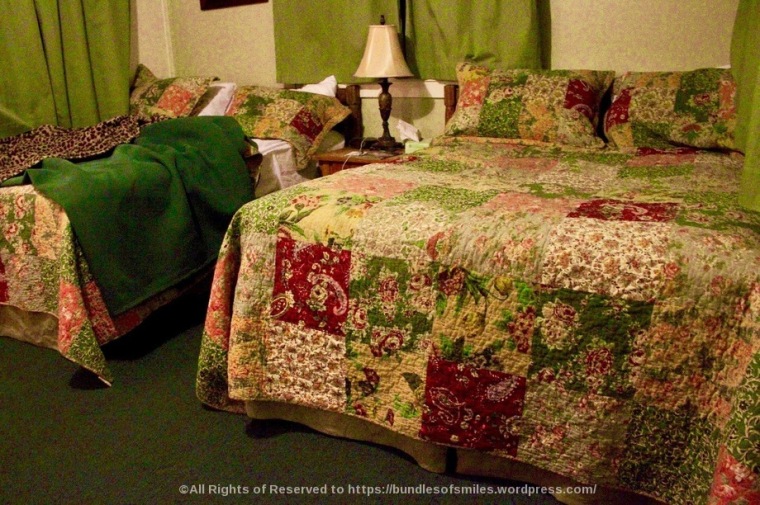 When we woke up and peeked outside our cabin, the snow had piled high on the roofs and everything was white and beautiful.

We wanted to rush out and get on the road again to see the famous General Sherman tree, but we were told that it was not safe to travel without snow chains. We had never put on snow chains on our own so it was a bit of a task, but we managed to put it on our tires to get on the rode.

After we finished putting on the snow chains, we decided to take some photos of the magnificent Sequoia trees that were right outside our cabin. Here are some photos we took. 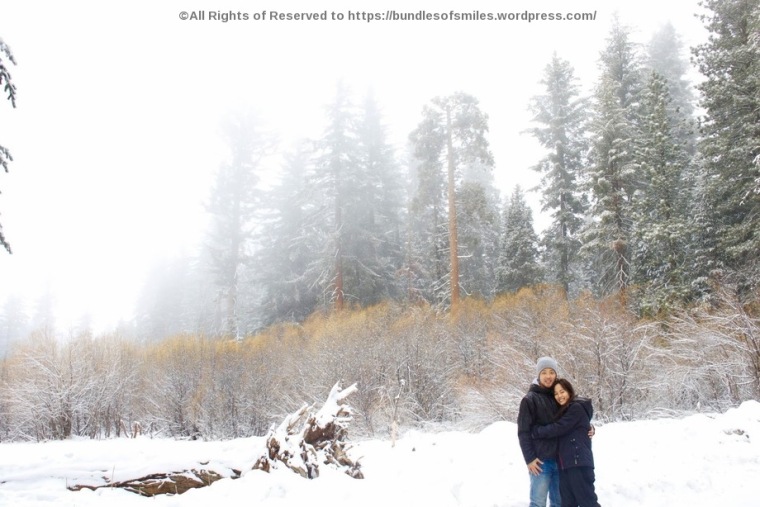 We got a bit lost on the way to the famous General Sherman tree, which is known to be the largest Sequioa tree in the national forest, but also the biggest tree by volume in the entire world. Based on some research, the tree is around 2,000 years old. It is said that the largest trees don’t necessary equate to the oldest trees in the forest. Here is the photo of us in front of the General Sherman tree. 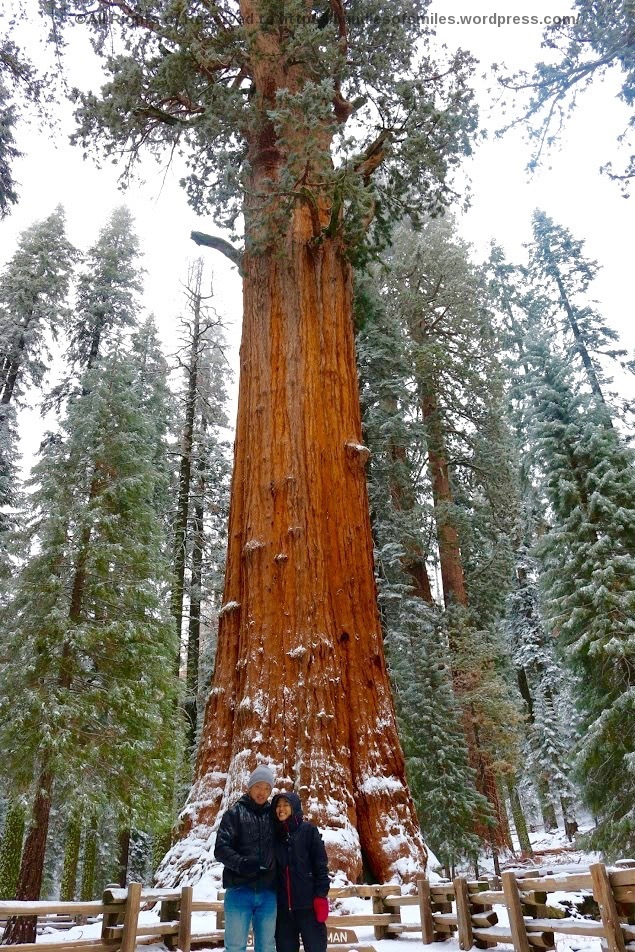 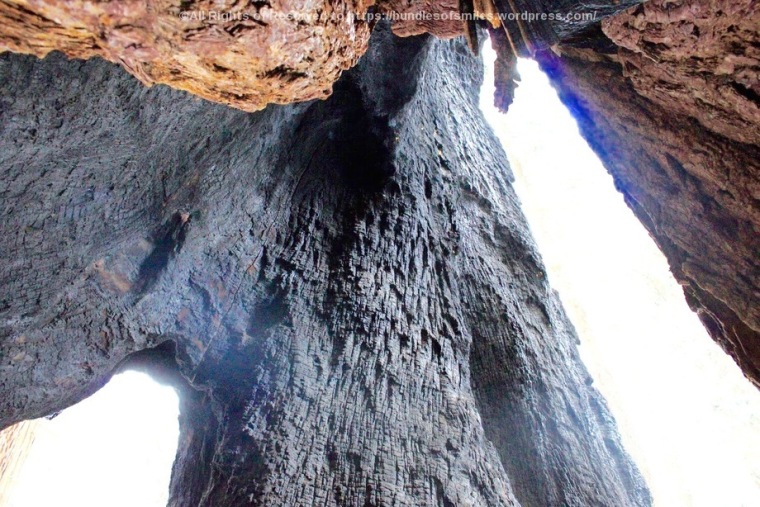 Here are more photos of Sequoia trees. This photo is a cross section of a sequoia tree and an explanation of it’s story in the lines and holes of the tree.

There were also Sequoia trees that have fallen on its own and have been hollowed out by man or by nature. Either way, they were amazing to walk under and observe closely how these trees have grown from small seeds into large trees that have lived for thousands of years. 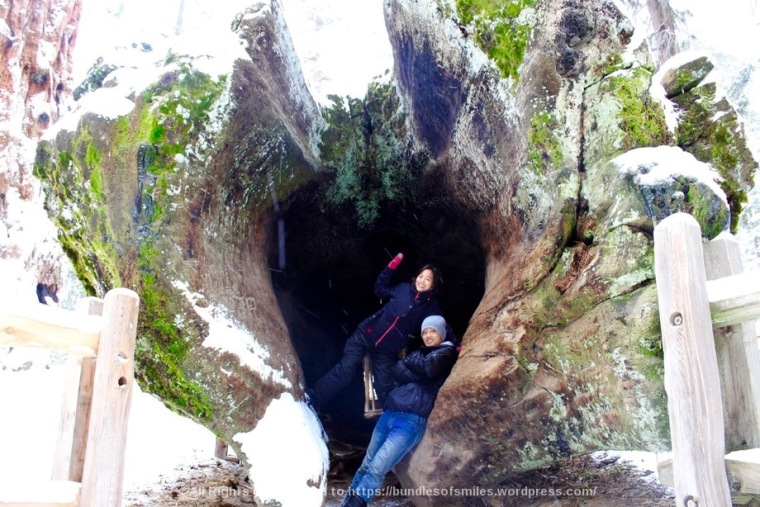 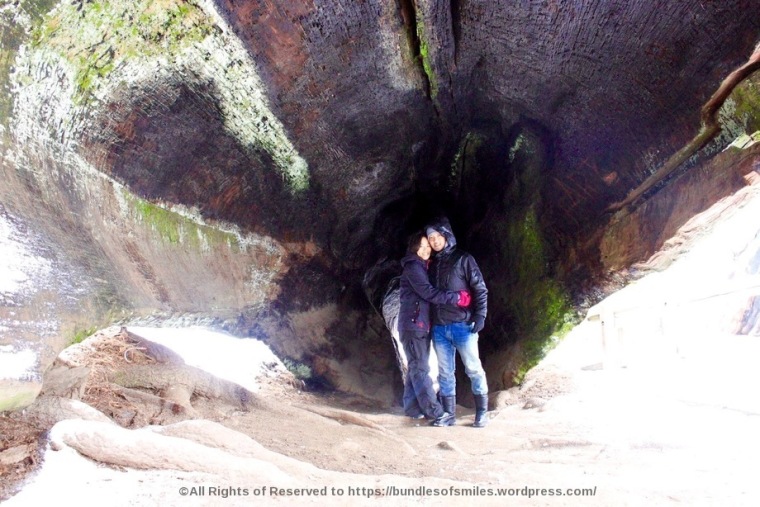 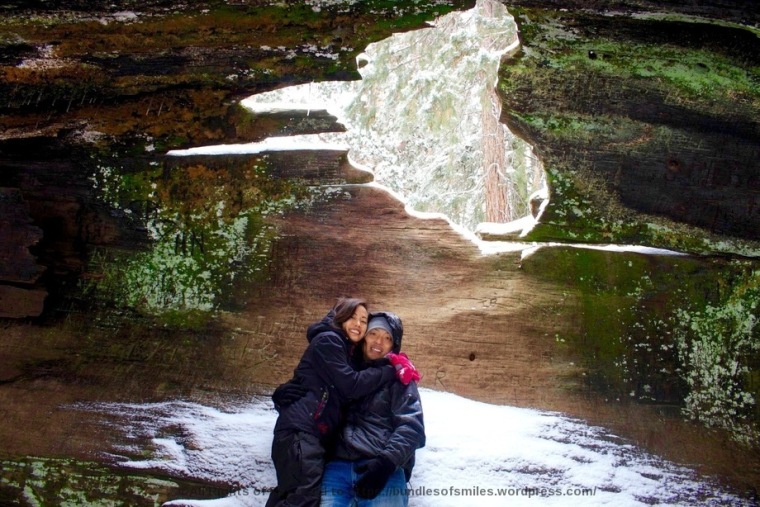 This quote from John Muir reminds us what nature can always teach us. I was fortunate to be able to  witness such beauty. It really does put into perspective of how we live our lives. 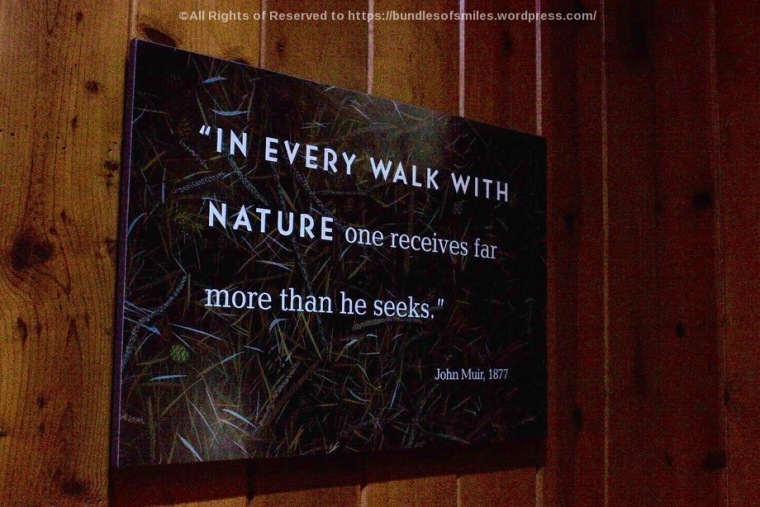